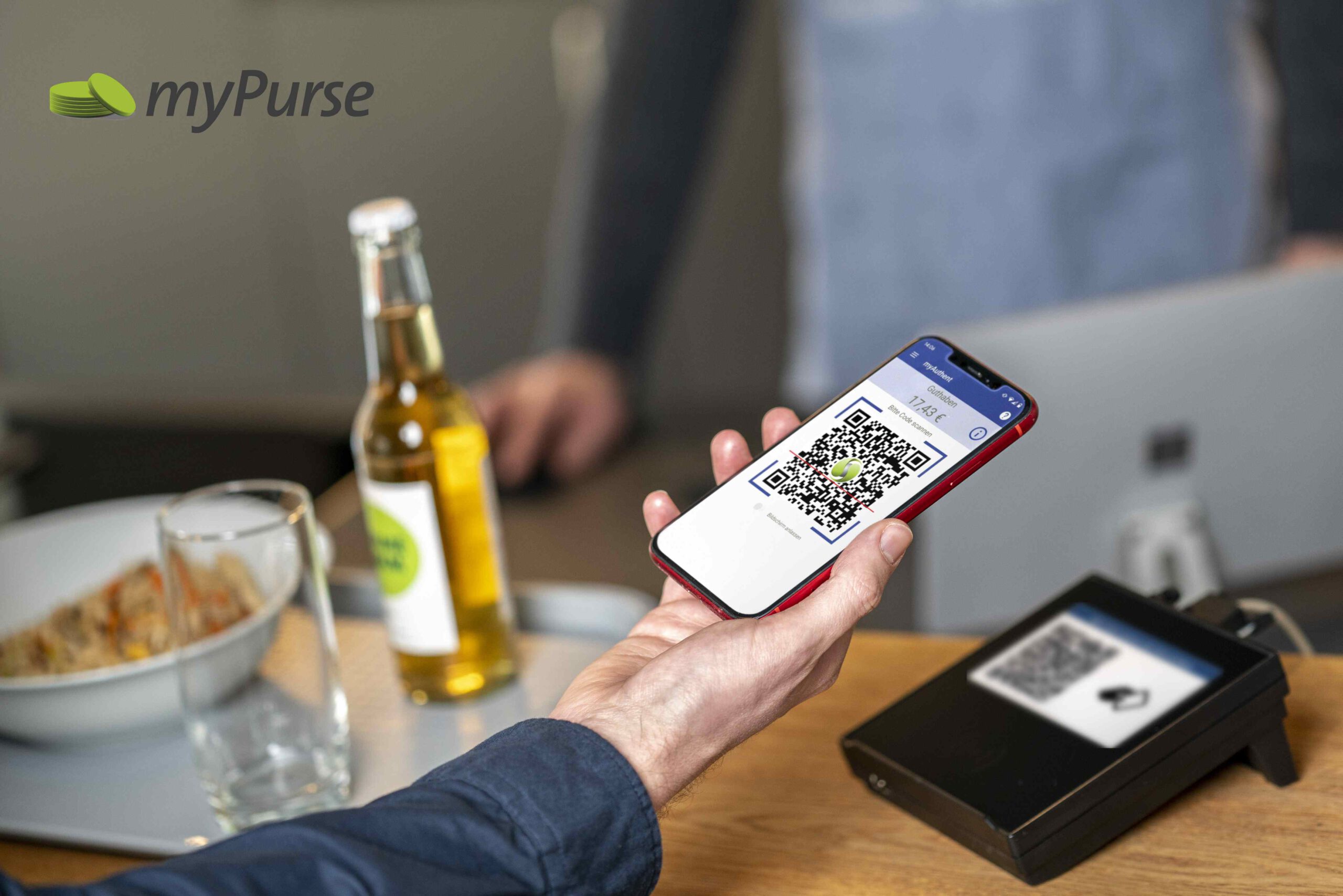 How to open doors and pay in the cafeteria at WHU – Otto Beisheim School of Management without contact – with card and now also with cell phone.
WHU – Otto Beisheim School of Management is one of the leading private universities for business studies in Germany. With the fall semester just over, WHU introduced the new app solutions from Schomäcker Card Solutions at its Vallendar location. Staff, faculty and students can now use their smartphone to open doors or pay in the cafeteria in addition to their university card. Key&Pay is what the university calls the IT program in the digitization of its organization. WHU is setting standards with its hybrid access service.

Key&Pay expands smartphone use in everyday university life
He forgot his student ID at home, and not for the first time. Elias was standing at the cafeteria counter and couldn’t pay for his fitness salad and apple spritzer. Good thing his fellow student Conny was able to help out. Elias Hahn (24) is a student at WHU – Otto Beisheim School of Management. He has been studying International Business Administration here at the Vallendar location near Koblenz since 2019. The Mensa experience annoyed him. He took it as an opportunity to download the new app myAuthent from Schomäcker Card Solutions onto his smartphone. That was last November. Now he can pay easily and securely by cell phone, because after all, that’s what you always have with you. “The cell phone in addition to the card – that’s a super service from WHU,” Elias says. “This is the digital future, and as a student you have the confirmation of being at an excellent university. It gives you security and is simply convenient.”

WHU marries the card with the smartphone
For years now, employees and students at WHU – Otto Beisheim School of Management have been able to gain access to buildings and seminar rooms simply by using their student/employee ID, the so-called WHU Card. It can also be used to borrow books from the library, to travel by bus and train with the semester ticket, and to make cashless payments on campus.

A trusting partnership
“We have a development partnership with Schomäcker,” Dirk Jonach proudly tells us. He is the Associate Director IT Infrastructure at WHU and has been working with Cologne-based access specialist Schomäcker Card Solutions since it started 30 years ago. “At the beginning, we only had five doors that could be opened via the cards, but today there are 74,” Jonach quantifies. These include 21 exterior doors and 53 doors of seminar rooms at the Vallendar campus, all controllable via a dashboard. In addition to the new software on the cell phones and the POS terminals, Schomäcker also supplies the corresponding hardware on the doors. Ralf Schomäcker, Managing Director of Schomäcker Card Solution, also looks back with satisfaction on the long-standing partnership. “WHU has always been courageous and progressive. Here we have often been able to install new access systems first and also develop them further in use.”

Now the partnership is becoming more digital
Thanks to the app developed by Schomäcker, the essential functions of the popular WHU Card are also available on request on the smartphone. It is called myAuthent and can be quickly downloaded to one’s own cell phone via the Google Play Store or Apple App Store. With the login stored in the campus administration, the user can now simply log in and use the app’s functions. “We married the card with the cell phone,” explains Dirk Jonach. “The best of both worlds for users. That’s already unique in the German higher education landscape.”

It also works both ways- even in parallel
WHU decided to use both solutions in parallel due to user-friendliness. The card and the app run completely synchronously thanks to the myAuthent platform. It is up to the user to decide which solution they prefer in which situation. Around 50% of the users have already downloaded the app. So far, it has run absolutely trouble-free.

myAuthent – an app for university life
Access management use runs under the myKi function in the new app. The myKi dashboard defines which buildings and rooms staff and students are allowed to open depending on the user group. Users identify themselves via the app and can then open the rooms assigned to them. myKi thus also provides the university with an important new control option that has already proven its worth in the pandemic. This made it possible to track where a person who tested positive had previously been, and people/groups of people in quarantine could be denied access to buildings. “We were thus able to easily meet a demand for more control from the health department,” Jonach confirms.
To now be able to make cashless payments with their cell phones, users must synchronize their WHU card with the app once. This is done very simply at the checkout terminal in the cafeteria. The existing credit is then stored in the myPurse background system. Both the app and the WHU card have access to this, which significantly increases security for the user. This is because the possible loss of the card does not automatically mean that the credit is also lost. Last but not least, automatic recharging via Visa and Mastercard also makes credit handling more flexible. In addition, the credit can still be topped up via the cash terminals. Schomäcker’s myKi and myPurse solutions can also be used as separate apps by companies that want to simplify their access or payment management and also make it more secure.

Future developments already defined
WHU – Otto Beisheim School of Management also has clear aspirations for the future of its Key&Pay program. Plans are underway to integrate Schomäcker’s payment and access management solutions into the specially developed WHU mobile app. In this way, the service will become even more user-friendly. “We are courageous, responsible and try to think outside the box,” is how Dirk Jonach sums up the project. In the long term, Key&Pay is thus intended to be part of a digital strategy that consolidates WHU’s position as one of Germany’s leading business schools and benefits staff and students alike.

Stay up to date and sign up for our newsletter.

Information about the newsletter, registration and unsubscription, shipping and data usage.

This website uses cookies to provide you with the best browsing experience.
Find out more or adjust your settings.

This website uses cookies so that we can provide you with the best user experience possible. Cookie information is stored in your browser and performs functions such as recognising you when you return to our website and helping our team to understand which sections of the website you find most interesting and useful.

Strictly Necessary Cookie should be enabled at all times so that we can save your preferences for cookie settings.

If you disable this cookie, we will not be able to save your preferences. This means that every time you visit this website you will need to activate or deactivate cookies again.